Quince are botanically speaking, cousins to apple and pears. And wonderful – once cooked, turning red. 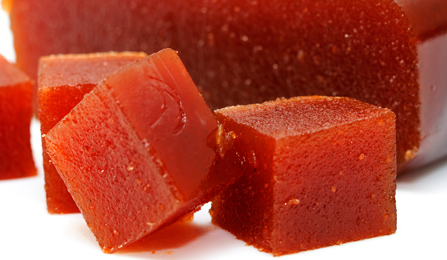 Edward Johnson in The Wonderworking Providence of Sion’s Savior in New England of 1654 says,
“…so that in this poor Wilderness hath not onely equalized England in food, but goes beyond it in some places for the great plenty of wine and sugar, which is ordinarily spent, apples, pears, and quince tarts instead of their former Pumpkin Pies.”
– (p. 210, 1910 ed.)

We’ll get back to the ‘former Pumpkin Pie’ nonsense later….but there were Quince at the Stop & Shop…..

These were painted by Van Gogh, not Stop & Shop

To make a slic’t Tart of Quinces, Wardens, Pears, Pippins, in slices raw of divers Compounds.
The foresaid fruits being finely pared, and slic’t in very thine slices; season them with beaten cinamon, and candied citron minced, candied orange, or both, or raw orange peel, raw lemon peel, fennil-seed, or caraway-seed or without any of these compounds or spices, but the fruits alone one amongst the other; put to ten pippins six quinces, six wardens, eight pears, and two pound of sugar; close it up, bake it; and ice it as the former tarts.
Thus you may also bake it in patty-pan, or dish, with cold butter paste.
– Robert May. The Accomplist Cook 1660

This is what one of my quince tarts looked like