Eat it. Maybe even out of hand. One perfect tomato sandwich to eat over the sink. Add it to just about anything.
More than one tomato, find other ways, many other ways, to eat them…..

So I learned to can. Cherry tomatoes.In a class. With Rosa Galano. But Friendship sauce is a post on it’s own.

This photo was on edible South Shore and South Coasts Facebook page, Michael Hart, photographer. I’m the big knife and part of a hand in front on the right side.

Mindy was my Pilgrim sister. Here’s she with Cindy.

A One, Two Tomato Punch.

These are guidelines more than recipes, which are what recipes really ought to be seen as.

1. Tomatoes, chopped/sliced/diced – whatever the tomato tells you it should be.
2. Fresh basil, eating fast because cold nights are coming and that marks the end of it, unless you’re clever and have already potted it up and brought it indoors and put it in a sunny window that you aren’t likely to leave open at night or you could have save yourself the trouble and just left it OUT in the cold….
3. Good oil.
4. Vinegar. Change out the vinegars – red wine, white wine, balsamic, raspberry (I have fruit vinegars for beets, but they’re good on tomatoes, too). Mint or tarragon vinegar when I’m not using basil. Just this is the basic salad.
5. Salad Improved: Add cheese – fresh mozzarella, or blue or feta or a few shavings of Romano.
6. And add a piece of bread to mop up the juices, and now it’s a meal.

The Happy Meal of My People!

1. Cook a pound of spaghetti, or other member of the skinny-strandy branch of the Pasta Family.
2. In another pan, fry up a well chopped onion with a clove or 2 of garlic in oil. A pinch or two of hot pepper (or a spoonful of the chopped red hot peppers is nor amiss, either) if you like. Cook it up nice. If you have more fresh basil, add a little chopped now, too. Season with salt and pepper.
3. Drain spaghetti.
4. Add the onions and the oil, toss.
5. Add Tomato Salad, without improvements. 2, 3, even 4 cups worth. Toss again
6. Serve with cheese on top.

This is based/influenced on Victory Garden Cookbook

Very Loosely. Seeing the name alone set me on my way. Marian Morash has a slightly (very) different version that is also very good, or so say the splashes on the page.

Leftovers of this, mixed with eggs and fried , topped with more tomatoes and cheese, makes great fritatta.

There’s also a tomato jam somewhere…not in this cookbook, but in one nearby, one that I already trust. if/when there are more tomatoes. It’s still September, there are still more tomatoes.

And Green tomatoes. Emeril Lagasse has a green tomato pie with molasses ice cream, a combination that make me want to drool just reading the words, but I don’t have an ice cream maker (or I would make – and eat – one or two batches of ice cream every month/week/day/meal) so maybe I should be looking for some green tomatoes. But where in the Emeril world IS this recipe????? 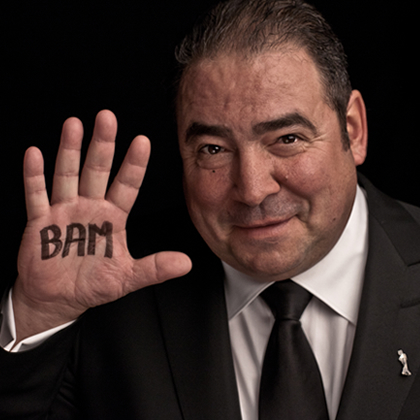