The cat will mew and dog will have his day.

It’s the Dog Days. That means the Dog star – Sirius – is in ascent.

And there are plenty of those dogs to choose from. 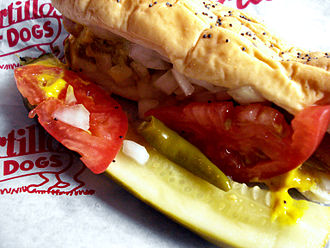 The Danger Dog – and yes, that is bacon wrapped around the dog surrounded by cheese

The Fenway Frank – notice the absence of frou- frou. 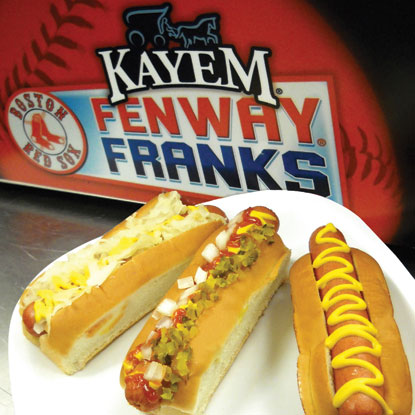 This is the photo from  Kayem, official suppliers of the Fenway Frank

On the Kayem website (under recipes, no less), this:

Like the Red Sox, the Fenway Frank is a hometown staple, and a game wouldn’t be the same without one of these franks in your hand. As with many parts of the park, the Fenway Frank got a facelift in 2009; as Kayem became the new source of the franks. These signature blended franks are meaty, juicy with a touch of smoke and garlic. Just like the park itself, this flavor doesn’t need to be covered up. While a list of basic topping is available, diehards will skip them altogether; maybe allowing a slight touch of mustard to these beef franks and steamed New England Style split top roll.

and then there’s THIS hot dog…..