Remember, Remember the Fifth of November 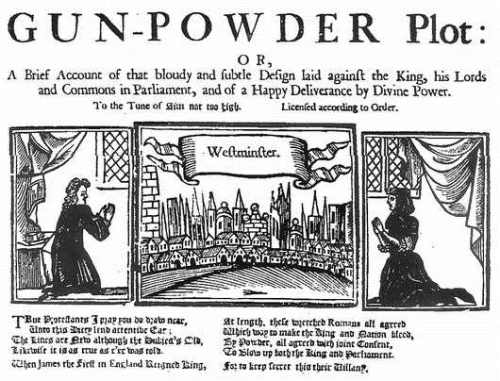 That’s Guy, right in the center of things

In 1605, Guy Fawkes (the one who’s name became attached to the event) and others were found with gunpowder in the House of Parliament and seemed to be trying to blow up King and Parliament. This lead to

The Bill was drafted and introduced on 23 January 1605/06 by Edward Montagu. It called for a public, annual thanksgiving for the failure of the Plot.

Guy Fawkes got a whole new life in the movies.

The Guy Fawkes Mask – this one as origami

Since bonfires are the constant celebration of this day of Thanksgiving

Bonfire in England for 5th of November

the foods most associated with this holiday are bonfire toffee

Mr Potato Head as Indiana Jones with a JACKET

But really, Jacket Potatoes are baked (the bonfire connection) with the skins still on….

The link to the story and the recipes are here: Jacket potatoes

One response to “Remember, Remember the Fifth of November”