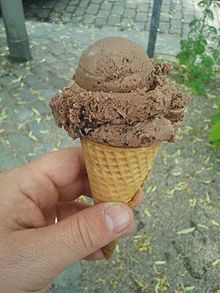 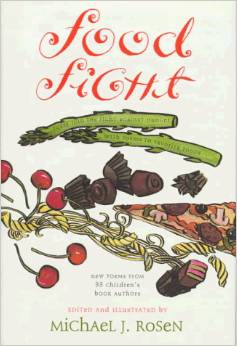 In looking for images of ice cream cones, I found a reference to…..

Now, I’m probably not the only one who wants to know what is the connection between  ice cream, cone and  Hokey Poky. 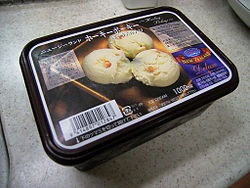 Before there were cones, there were penny licks. A penny lick is the dish the ice cream was sold in. You licked the ice cream and gave the bowl back. The bowl was washed/rinsed and used again…I would just like to add “grimace icky yuck’ here. Hence the invention of the CONE. And not a moment too soon. 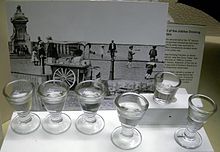 The first ice cream cone was produced in New York City in 1896 by Italo Marchiony, an Italian immigrant who was granted a patent in December 1903 for “small pastry cups with sloping sides.” The bottoms were flat, not conical. Ice cream and more Italians…There are other cone invention stories. But this is the earliest patent.

The earliest patent for a cone was somewhat like this….but of, course, there’s MORE

Of course, although it’s totally unfounded, the very invention of ice cream has been attributed to another Italian – Catherina de Medici…which is nonsense, but the idea that the French had no good food until an Italian girl brought it over to them ….fantasy fiction is not such a recent invention after all. 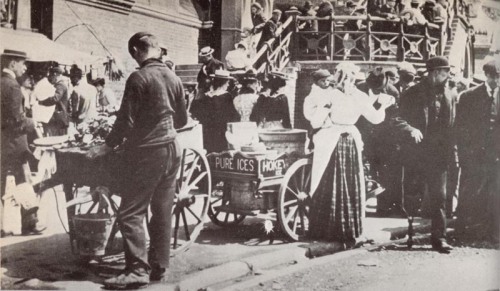 Notice the HOKEY on the cart. This is in England on Brighton Beach

It would seem that the Hokey Poky dance may have been invented independently of ice cream and Italian vendors.